While many will be focused this weekend on those who gave their lives in the cause of more recent wars, it should be remembered that 150 years ago, boys from Grand Rapids and surrounding communities were wrapping up their third year of bloody conflict and witnessing their hometown friends lying dead on distant battlefields.

The Third Michigan Volunteer Infantry had left Grand Rapids over 1,000 strong on June 10, 1861. Nearly three years later, they were left with just a few hundred capable of carrying on the fight. The regiment had been engaged at Spottsylvania since the 8th of May. Just prior, the valiant Third had lost about half it’s men in the Battle of the Wilderness. The regimental surgeon had written to his brother the evening before:

“We engaged the enemy here on Thursday night last, and he is still in our front. … Our regiment has lost in killed, wounded and missing, more than half it numbered when the contest opened. … The fighting has been desperate on both sides. … Colonel (Byron) Pierce had his horse shot, but has so far escaped unhurt. He is praised fro his gallantry by every body.” ~ Dr. James Grove

The following Sunday, the regiment despite its recent casualties, together with the Fifth Michigan, moved out towards Spotsylvania, Virginia. By the end of the week, the Third was back in the thick of battle. By Friday morning, Colonel Pierce had reported the regiment having a mere 119 men for duty.

“We have suffered terribly.” Since May 6, we “had been in severe engagements with the enemy [and] lost upwards of two hundred men…. Many a poor fellow whose time was most out was slain. This has been the severest battle of the war.” ~ Charles Clark

The battle of the North Anna River concluded on May 26, 1864 – one-hundred-fifty-years ago this Memorial Day.  The Cold Harbor battlefield loomed ahead. It would be the final call to battle for the proud Third Michigan, Grand Rapids’ own. The Third’s term of service ended on June 10 and other than those veterans who voluntarily reenlisted or those who joined the regiment after it left Grand Rapids, the tattered remnants began their journey home. Seven days later, about sixty of what was once 1,040 enlisted men and officers returned to a welcoming celebration at the old train depot by Leonard Street.

“While we welcome the return, with open arms and joyous hearts, of the comparatively few surviving heroes of this once large and proud regiment, we cannot but feel to sympathize deeply with the bereaved who mourn the loss of brave sons, brothers, and husbands who, fallen on the deadly strife, are not among the returned; but whose names are written on the scroll of honored dead, and whose spirits, we trust, are in the land of the blessed.” ~ Grand Rapids Eagle, June 18, 1864 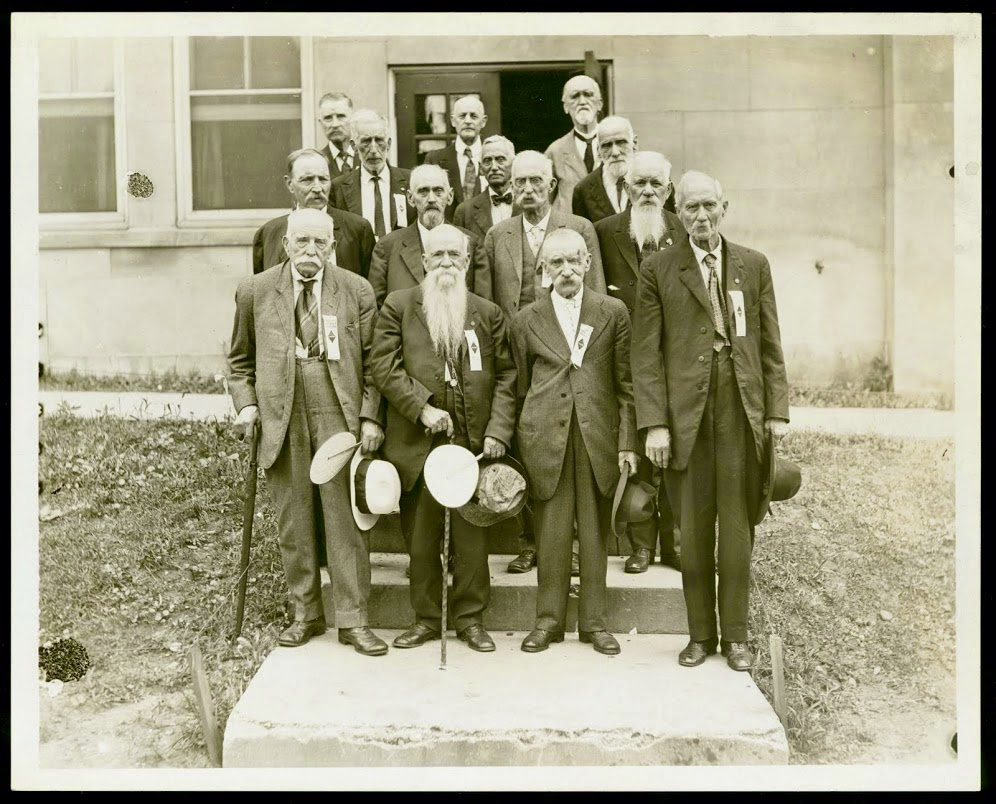 Third Michigan Regiment Reunion
Posted by David Britten at 07:22 No comments: Links to this post

What do conservatives really care about? Not public education.

A good example of this is a recent Detroit News editorial piece that focuses on data from the National Center for Education Statistics. The report indicates that Michigan ranks in the bottom third of all states when it comes to graduation rates. While graduation rates are an easy to understand number it is a very blunt instrument if you are attempting to advocate for significant change. It also offers little in the way of analysis for how prepared these students are to participate in the work force.

Having said that, if Detroit News editors believe graduation rates provide an important window into our educational system then it should be noted that the 80 percent graduation rate the US hit in the 2011-12 school year was a record number. Never before in the history of this country have we graduated this many students.

The problem is that the editorial never acknowledges this reality. Rather than recognizing that the system as it was constructed over the past few years represents the pinnacle of educational achievement as far as graduation rate is concerned, the piece suggests these consistently improving numbers prove that there should be an "urgency to rapidly reform Michigan's education system."

The disconnect between reality and this errant conservative talking point that the article attempts to pass off as feasible is astounding. But even that pales in comparison to how the editors choose to end the piece. Having already set up the false meme that Michigan's education is broken and failing despite the fact that their own data suggests otherwise the authors go on to offer a solution to this manufactured crisis.

Posted by David Britten at 06:40 No comments: Links to this post