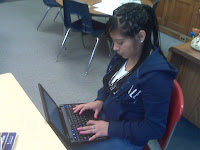 According to a recent report from the Pew Research Center's Internet and American Life Project, millennials are changing their social networking practices as technology becomes more mobile.  A lessor percentage of teens are blogging, instead choosing to micro-blog and communicate in the form of status lines primarily using social-networking sites.  A sort of "fast food" approach to communication.

A brief summary of this latest report shows:

You can read the entire report, including an expansion of the key findings summary at http://pewinternet.org/Reports/2010/Social‐Media‐and‐Young‐Adults.aspx. 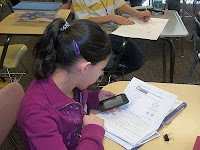 I would be interested in opinions on how these changes may impact schools and the resulting greater use of mobile technology in education.  Specifically:

Posted by David Britten at 06:35 No comments: Links to this post 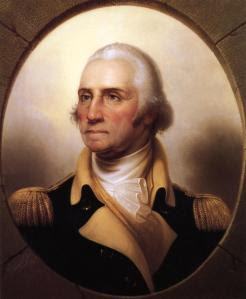 Christian Science Monitor - Why does myth of US Presidents Day persist? (+video)

The federal holiday observed on the third Monday in February is officially Washington's Birthday. But many Americans believe incorrectly that this holiday is actually "Presidents' Day" in honor of both Presidents Washington and Lincoln, whose birthdays are February 22 and 12, respectively. Whichever name you give it may depend on the state you live in and how much television you watch.  Retail advertisers are the biggest promoters of the Presidents' Day moniker, which just goes to show you don't have to be intelligent to be in the advertising business.

In 1968, Congress passed the infamous Monday Holidays Act, which moved the official observance of Washington's birthday from February 22 to the third Monday in February in deference to the desire of federal employees to enjoy more tax-funded three-day holiday weekends. At the same time, reformers had wanted to change the name of the holiday, to Presidents' Day, but that proposal was rejected by Congress, and the holiday remained officially Washington's Birthday.  Nevertheless, there has been a persistent popular misconception that the day had been officially renamed, in effect diluting the reason for the day in the first place, which is to honor our first president.  It was Representative Dan Heflin Kuykendall (R-Tennessee) who cut to the heart of the matter. "If we do this, 10 years from now our schoolchildren will not know or care when George Washington was born. They will know that in the middle of February they will have a 3-day weekend for some reason. This will come."

Kuykendall's dire prediction came true. While the name change has never been authorized by Congress, it has gained a strong hold on the public consciousness, and is generally used on calendars, in advertising, and even incorrectly by many government agencies. Attempts have been made to legally require federal agencies to call the day Washington's Birthday, but to no avail.  The popular misconception appears to be ingrained in a society so easily misled by persistent media misinformation; the so-called "lemming effect."


According to C. L. Arbelbide, historian and storyteller specializing in federal holiday history and unique events associated with the White House, the U.S. Capitol, and the National Mall, advertisers have provided the main impetus in destroying the tradition of Washington's Birthday:

For advertisers, the Monday holiday change was the goose that laid the golden "promotional" egg. Using Labor Day marketing as a guide, three-day weekend sales were expanded to include the new Monday holidays. Once the "Uniform Monday Holiday Law" was implemented, it took just under a decade to build a head of national promotional sales steam.

Local advertisers morphed both "Abraham Lincoln's Birthday" and "George Washington's Birthday" into the sales sound bite "President's Day," expanding the traditional three-day sales to begin before Lincoln's birth date and end after Washington's February 22 birth. In some instances, advertisers promoted the sales campaign through the entire month of February. To the unsuspecting public, the term linking both presidential birthdays seemed to explain the repositioning of the holiday between two high-profile presidential birthdays.

After a decade of local sporadic use, the catchall phrase took a national turn. By the mid-1980s, the term was appearing in a few Washington Post holiday advertisements and an occasional newspaper editorial. Three "spellings" of the advertising holiday ensued—one without an apostrophe and two promoting a floating apostrophe. The Associated Press stylebook placed the apostrophe between the "t" and "s" ("President's Day"), while grammatical purists positioned the apostrophe after the "s" believing Presidents' deferred the day to the "many" rather than one singular "President."

Advertising had its effects on various calendar manufacturers who, determining their own spelling, began substituting Presidents' Day for the real thing. Eventually, when printed in the newspaper or seen on the calendar, few gave thought to its accuracy.

Despite this popular mistake, Section 6103 of Title 5, United States Code, currently designates this legal federal holiday on the third Monday in February as "Washington's Birthday."


"His example is now complete, and it will teach wisdom and virtue to magistrates, citizens, and men, not only in the present age, but in future generations, as long as our history shall be read."
John Adams, Message to the U.S. Senate, December 19, 1799

Posted by David Britten at 08:08 No comments: Links to this post

The Great Lakes Center for Education Research and Practice just released a new policy brief that points towards increasing segregation that may be caused by charter schools operated by education management organizations (EMOs).  According to the organization's website:

"This report, which is a comprehensive examination of enrollment patterns in charter schools operated by Education Management organizations (EMOs), finds that charter schools run by EMOs are segregated by race, family income, disabilities and English language learner status as compared with their local public schools districts."

The complete report can be accessed on the organization's website.  Here is a summary of the five key findings in this study:

sending district. Only one-fourth of the charter schools had a composition relatively

similar to that of the sending district.

strongly segregate students than do their respective local districts. The student

population is pushed out to the extremes. Most charter schools were divided into

schools. Between 70% and 73% of the schools were in the extreme categories

of the scale, depending on the comparison.

children than their home district. Past research has shown that charter

to select away (or were counseled away) from charter schools. A small group

of charter schools focused on special needs children and were, consequently,

highly segregative in this regard.

charter schools in every comparison. While one-third of the EMO schools had

an ELL population similar to the sending district, the distribution was highly

skewed, with well over half the EMO schools being segregated.

groups examined. However, this phenomenon was an artifact of balancing

extremes. For both for-profit and nonprofit EMOs, the segregation patterns

a pattern of segregation attributable to EMO-operated schools is being

Michigan is one of the leading states as far as number of charter schools go.  Recent approved and proposed legislation take additional steps to protect charter schools from some of the same criticisms being thrown at traditional public school districts.  These include allowing charter schools to give preferences for enrollment from designated feeder schools and avoiding potential funding penalties when non-instructional costs exceed an arbitrary limit.  There are many other inequities within existing statutes and regulations but charter schools rarely draw the same scrutiny.

Many public school districts are willing to work alongside charters and private schools to ensure area students get the best possible choices that match their educational needs.  What we don't need though is more political posturing on behalf of the EMOs.  As the above findings point out, this can only lead to greater segregation in K-12 schooling.


Read what Dave Murray at The Grand Rapids Press has to say about the report.
Posted by David Britten at 14:04 No comments: Links to this post