While you drive over washboard roads and unsafe bridges, drinking your lead-contaminated water while looking for a job that pays more than $10 an hour, think about the amount of time the Michigan legislature is wasting on a non-issue: teacher pensions. 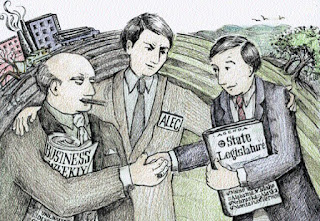 Also known as MPSERS, the pension system fell into disrepair primarily due to the bad policies put in place by our legislature dating back to the 1990s. These policies, which now include unabated expansion of charters including failed cyber charter experiments, took payers out of the system causing the unfunded liability to stack up. In the meantime, the investments that help keep the fund sound took a hit during the Great Recession.

The legislature and governor already addressed much of the problem when they enacted a hybrid pension system for new public school employees. That system is working and bringing down the unfunded liability. This so-called hybrid plan has $0 in unfunded liability. Even the Governor is on record about leaving the system alone.

But because public school employees are "easy" targets for new senators and representatives being elected out of their gerrymandered districts that favor anti-public school politicians, a few know-nothings in the current legislature are attacking public school kids once again by offering another destructive change that will certainly exacerbate the growing teacher shortage.

And, it will cost taxpayers billions! Over $2.5 billion in the next few years and $25 billion over the next 30 years!

Here's a two-page sheet on what you need to know about the reckless bills being offered in the legislature. Then, you need to contact your state senator and representative to tell them to back off and focus on the real issues concerning Michigan. 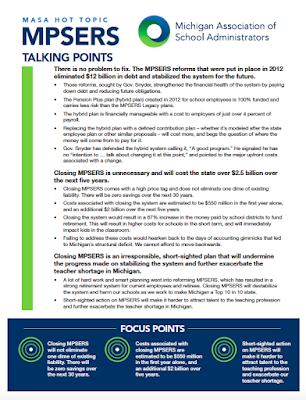 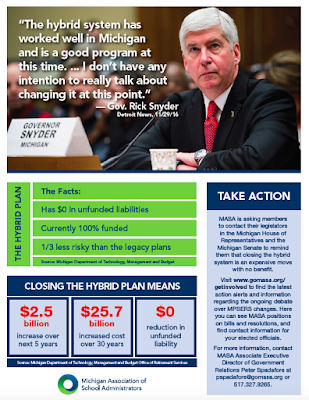 Posted by David Britten at 07:20 No comments: Links to this post